The malignant disease of the prostate is the most common cancer in men. It occurs mainly in the second half of life, the risk factors being prostate disease in the family (especially father or brother). Thanks to targeted preventive screenings (PSA), palpation and biopsy, the disease is most often discovered at an early stage, which leaves those diagnosed treatment options among the most common therapies.
Diagnosis Prostate Cancer

The older a man is, the higher the probability that prostate cancer is present. It occurs mainly in the second half of life, the risk factors being prostate disease in the family (especially father or brother).

But there are many different stages of prostate cancer aggression and only a biopsy can give a hint at whether the tumour is really aggressive and thus life-threatening. The older a man is, the shorter his potential life expectancy and the less likely it is that a healing therapy is necessary. These are statistical values of the norm, from which an individual case can deviate. In addition, the tumour biology (aggressiveness of the tumour) changes in the course of its existence, for the worse.

On European Prostate Day, we would like to draw attention to the importance of an early preventive examination. Prostate carcinoma is the most frequently diagnosed cancer in men. Around 6100 men are diagnosed with prostate cancer in Switzerland every year. Almost all patients are 50 years or older at the time of diagnosis, and almost half are 70 years or older. If cancer already runs in the family, early prevention is even more important.

Mr Kistler, a prostate cancer patient tells his story (available in Swiss German only). If you have any questions on this topic, we will be happy to help you. 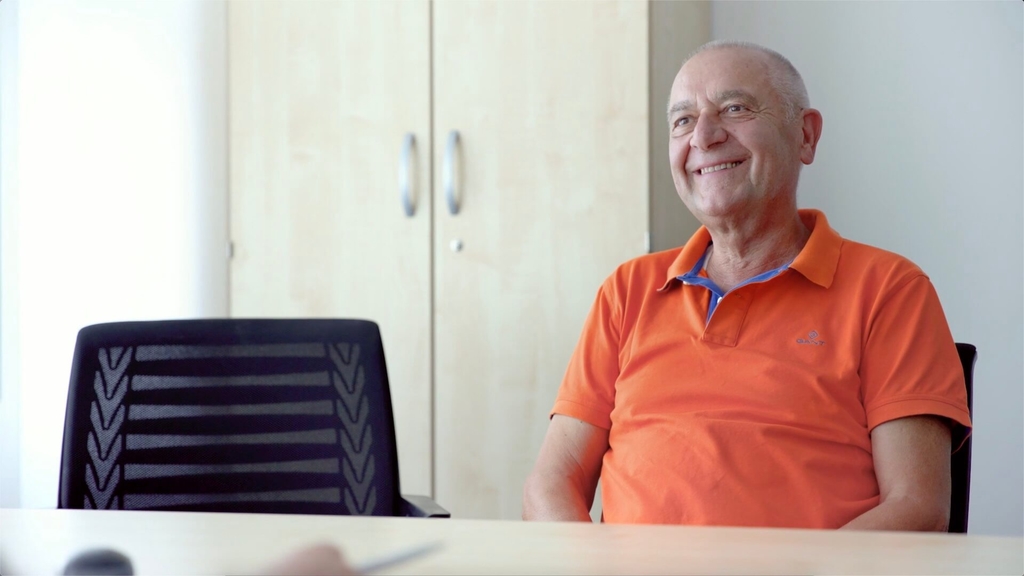 In the case of prostate cancer, various factors must be considered in order to recommend a proper treatment.:  Important factors include the age of the patient (and the corresponding remaining life expectancy), co-morbidities, aggression level of the prostate tumour (Gleason Score), the PSA Value (potential tumour mass) as well as the individual requests of the patient.

In principle, it must be decided whether any treatment should be initiated at all. If ()has been opted for, the PSA value should be measured every six months. If the PSA value increases,another biopsy will be performed on the prostate.Active surveillance should be evaluated for a Gleason-Score up to and including  3+3 = 6 and a PSA level less than 10 ng/ml  .

If an active approach is chosen, the prostate can be operated on or irradiated.

Local therapy of the prostate tumour as an additional procedure between radical surgery and radiation is becoming more and more important. At Uroviva, focal therapy with HIFU(High-intensity-focused ultrasound) is used for this purpose.

Here, the prostate including the seminal vesicles and associated lymph nodes is completely removed (Radical Prostatectomy). The remaining bladder opening is then reconnected to the urethral stump and splinted internally by a urinary catheter.

In addition to the usual surgical risks such as haemorrhaging or wound infection, two other risks should be mentioned: Initially, all patients will experience incontinence (inability to hold urine in the bladder). This can last for up to one year until the entire closure apparatus has recovered and the functional outcome can be assessed. In rare cases, incontinence can persist. This can then be corrected by further operational measures. However, after several weeks or months, most patients will have regained continence. Because the nerves for erections areally pass along the sides of the prostate, impotence can be expected after surgery.

There are now special surgical procedures for sparing these nerves. Rates of impotence have thus been largely reduced. The advantages and disadvantages of this technique should, however, be discussed with the urologist.

The procedure can either be performed conventionally (open) by making a 10–12 cm abdominal incision or laparoscopically (robot assisted; DA VINCI). With respect to radicality and functional outcome, both procedures are equivalent; neither is superior to the other.

One alternative to surgery is irradiation. Prinzipiell ist hier die konventionelle perkutane Bestrahlung gemeint. The generally entails conventional percutaneous irradiation. Every day over eight weeks, the prostate is irradiated with a total dose of 76 Gy for a few minutes. More information can be found under radiotherapy. radiotherapy.

An alternative to conventional radiotherapy is Brachytherapy of the prostate. Here the prostate is treated with radioactive titanium pins the size of a grain of rice and thereby irradiated "from the inside". The procedure is minimally invasive and takes approx. hours. The patient is only hospitalised for two to three days. The results are comparable to those of conventional radiation, but the surrounding organs suffer less radiation.

This is a procedure falls between radical surgery and radiation. This type of treatment not suitable for every patient. The tumour must be identified with exactitude; it must not be present in too many places in the prostate; and it must have a low to moderate degree of aggressiveness. The advantage of this local treatment is the lower risk of losing potency and diminishing the quality of life. At Uroviva, focal therapy with HIFU (high-intensity focused ultrasound) is used for this purpose.

It should, however, be mentioned that the constellation is different for each affected individual. There is no general recommendation for a treatment method; this must be discussed on an individual basis.

Get a medical check-up now

According to this quick check, there is no indication of typical urological diseases. If you have any issues that have not yet been examined, it may best to contact your family doctor.

Please have yourself examined by a urologist. Our doctors will be happy to assist you.

Has your urine flow significantly decreased?
Do you have to get up more often at night to urinate?
Do you feel pain while urinating?
Do you accidentally lose urine?
Do you have blood in your urine?
Has your PSA level increased (greater than 4) more than once?
1 / 6

Do you have any questions?